A litany of cataclysms (social, environmental, economic) already engaged is well known, but we are not taking action. Why?

A wide consensus has emerged: humanity is responsible for the degradation of the environment. Human activities are impacting and modifying the planetary system so much that scientists can quantitatively define a new geological event: the Anthropocene.

In other words, our techno-liberal society is radically transforming nature, while on the other hand we keep proclaiming the impossibility of modifying society and its dominant socioeconomical paradigm. It seems we prefer to imagine the end of the world than considering limiting ourselves.

We are concerned about the future of our civilization and believe the window of opportunity to face environmental, social, and economic crises is closing.

Still, we are convinced a better world is possible.

This page does not aim to provide answers. Instead, we publish below discussion material. Let’s start imagining the world of tomorrow!

Being wiser with less

Energy is the master determinant of most that happens on Earth. As such, it clearly appears to drive our civilization in a non-virtuous cycle linking economic growth to ever-increasing energy consumption with associated resources uptake and environmental damages, resulting in earth systems degradation as we are reaching (or even exceeding) planetary boundaries.

The concept of a transition, consisting of replacing the current fossil fuel-based system by a renewable one on one hand, and on the other hand, that climate technologies and geoengineering would sequestrate GHG from the atmosphere, simply ignores the Earth planetary boundaries. Moreover, it hardly seems achievable. (See illustrations below)

A “business as usual” (linear) extrapolation of the dataset to 2050 (pink dots) indicates that a grow in GDP will only be the result of an increase in global energy consumption. In this linear extrapolation, a 1.5% energy efficiency is reached by 2050. Such a scenario implies adding more oil, gas and coal into the global energy mix. Considering that conventional oil has peaked around 2006-2008, one could reasonably ask: where is the limit?

Is it wise to consider green growth as a realistic option for climate mitigation?

Have you ever had a look on a hysteresis loop diagram in physics? After a first “growing phase”, the considered system goes back to equilibrium one way or the other. Why is it still so difficult for degrowth concepts to receive serious considerations among governments and corporate governances? 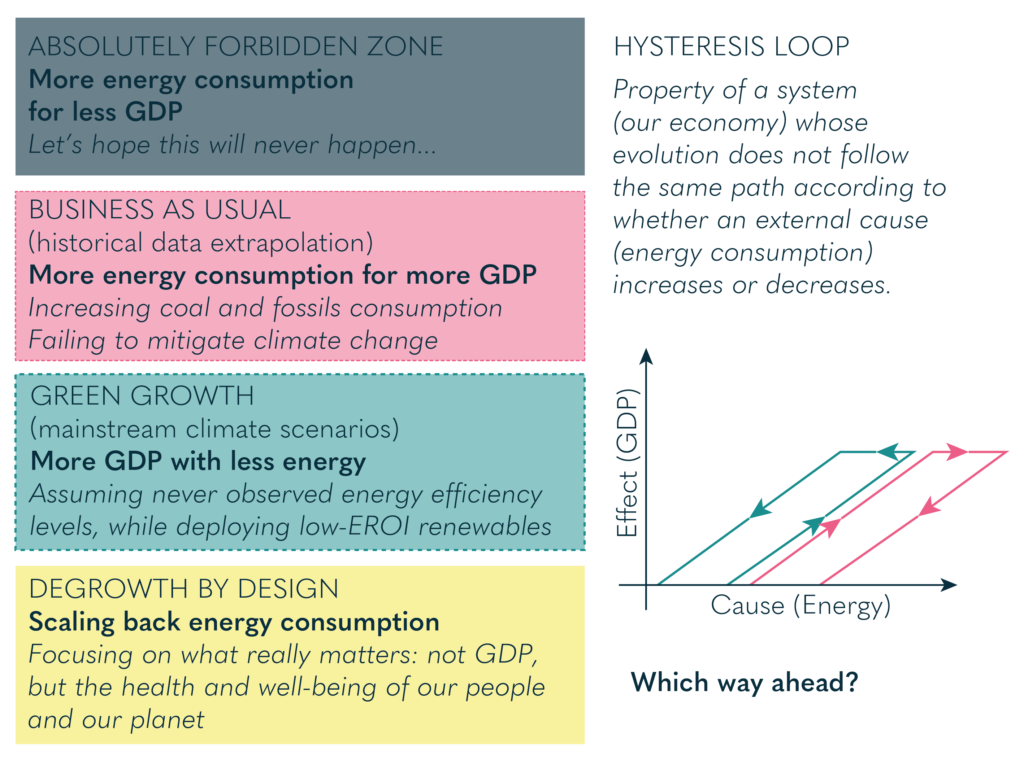 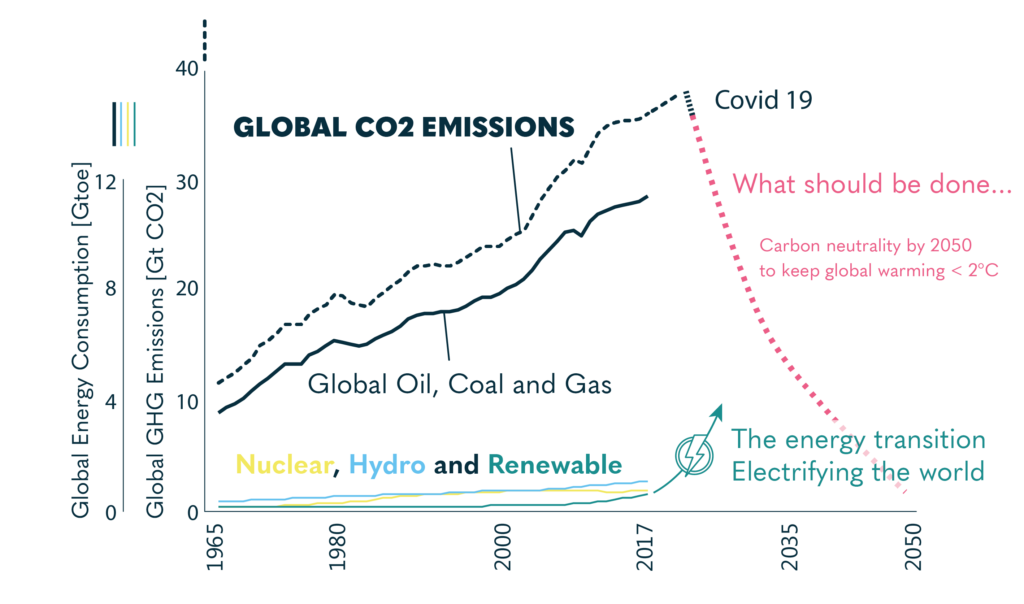 Women will be the key to the transition, won’t they?

On September 21, 2021, EAPOSYS attended the Swiss connect4geothermal event in Fribourg. The event was the occasion to kick-off the Swiss section of WING (Women in Geothermal), a global network that aims to promote the education, professional development, and advancement…
END_OF_DOCUMENT_TOKEN_TO_BE_REPLACED